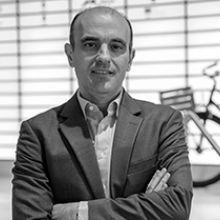 Philippe Jiménez is currently country manager for Spain and vice president of sales for Southern Europe and Benelux at IWG. Jiménez began his career at the company 27 years ago and throughout that time has held various positions of responsibility. In 2013, he was appointed as a country manager for Spain and West Africa. In 2019, he was appointed commercial vice president for Southern Europe and Benelux, while retaining his position as country manager for IWG Spain. Philippe Jiménez has a degree in Business Administration from the Sorbonne University in Paris and an MBA in international business from CESCI in Paris.